Mid-century design has simply never gone out of style. Its endless popularity can be attributed to several factors. Some of these include clean lines, smooth curves and an eclectic mix of materials but that people still love today.

The design period that it relates to is up for some debate, but it ran from approximately the mid 1930s to the 1960s. However, its appeal is timeless and remains a top choice for homeowners today. The style originated in the United States and was influenced by the earlier movement known as Bauhaus. The Bauhaus movement started in Germany and in turn influenced the International Style which appeared in America.

Whilst the two world wars caused devastation across the globe, they also provided opportunities to discover and use new materials which would benefit people in the future. Many artists moved from Germany to the U.S and the post war period saw great expansion of cities and an increasing demand for home furnishings. Technological advances made it possible for new materials, fabrics, methods and even colors to be used in home décor for the first time. 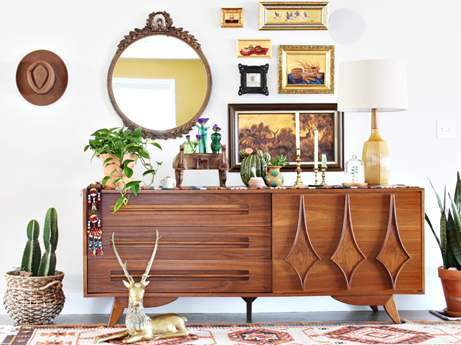 The main stand-out feature of this style is an understated, classic look that comes with fuss-free clean lines.

Functionality is key and there is a great focus on form following the functionality of an item.

Furniture and furnishings are uncluttered, clean and follow either a geometric or organic shape.

To recreate this style in your own home is thankfully fairly simple. Many iconic furniture pieces from this period have been replicated and it’s possible to find pieces that meet your requirements and budget without lacking in quality and style. For example, the Eames Eiffel Chair from a site like https://www.pash-classics.com/eames-eiffel-chair/ 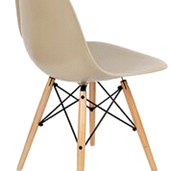 Pieces from this era were focused on minimal decoration and a combination of using both traditional and brand-new materials. This led to an interesting contrast being evident in many furniture pieces from this style period.

The new materials that were used were cutting edge at the time and included plastic which was used for the first time as its unique properties gave it qualities that stood out from the conventional choice of wood. However, many designers still worked in wood, as well as materials such as glass, metal, vinyl and Lucite.

The colour schemes that were prominent at this time included neutrals, bold colours and particularly geometric patterns and black and white graphics.

If you have a passion for furnishings with simple lines, beautiful form and great function, then mid-20th century is the one for you. If you find you’re always drawn to music, artwork, fashion and furnishings from the fifties and sixties, then chances are you’ll already have a home with a mid-century feel to it.