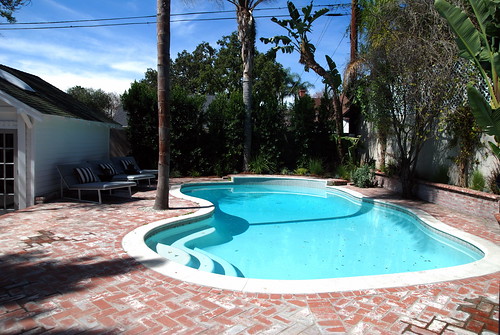 Architect Evelyn S. Burmann designed the Craftsman style house in collaboration with Lewis G Burmann acting as contractor in 1922. Norman and Susan Taurog acquired the property in 1938. Taurog (1899 – 1981) was a film director and screenwriter. Between 1920 and 1968, he directed 180 films, including Skippy (1931) for which he received an Academy Award for Best Director. At the age of 32, he was the youngest person to receive the award (until Damien Chazelle won for La La Land in 2017).

The 4-bedroom, 4-bath home in 3616 sq. ft. is currently (March 2017) on the market listed for sale for $2,995,000 and described in the listing as "Classically restored and timelessly modern, perfectly positioned on one of the best streets in Los Feliz, 1921 N. Hobart is a collaboration between celebrity designer Ryan White and W One Properties. Formal living room with original fireplace leads to dining room and incredible kitchen w/ over-sized island, picture window, deVOL fixtures and Viking appliances.

Located at 1921 North Hobart Boulevard in the Los Feliz neighborhood of Los Angeles, California. Please do not use this image in any media without my permission. © All rights reserved.